Silent Samurai is a slot game from Playtech inspired by the legendary Japanese warriors of gold.

In addition to an exciting base game, Silent Samurai comes with a bonus game where you can throw shurikens and hopefully earn yourself some free spins and win multipliers.

Examples of symbols that can show up on the reels of Silent Samurai are the Geisha with her flowers, the Samurai with his sword, a golden serpentine dragon, a shuriken, and a Japanese coin. Playing cards are also used, each painted in the style of Japanese calligraphy.

Silent Samurai can be played in casinos that feature games from Playtech.  One of the most popular casinos that offer Playtech games is BGO.  BGO is a UK based casino that is popular in the UK as well as in many other English speaking markets. BGO offers a large selection of games. Another popular casino that feature Playtech games i Mr Green Casino. 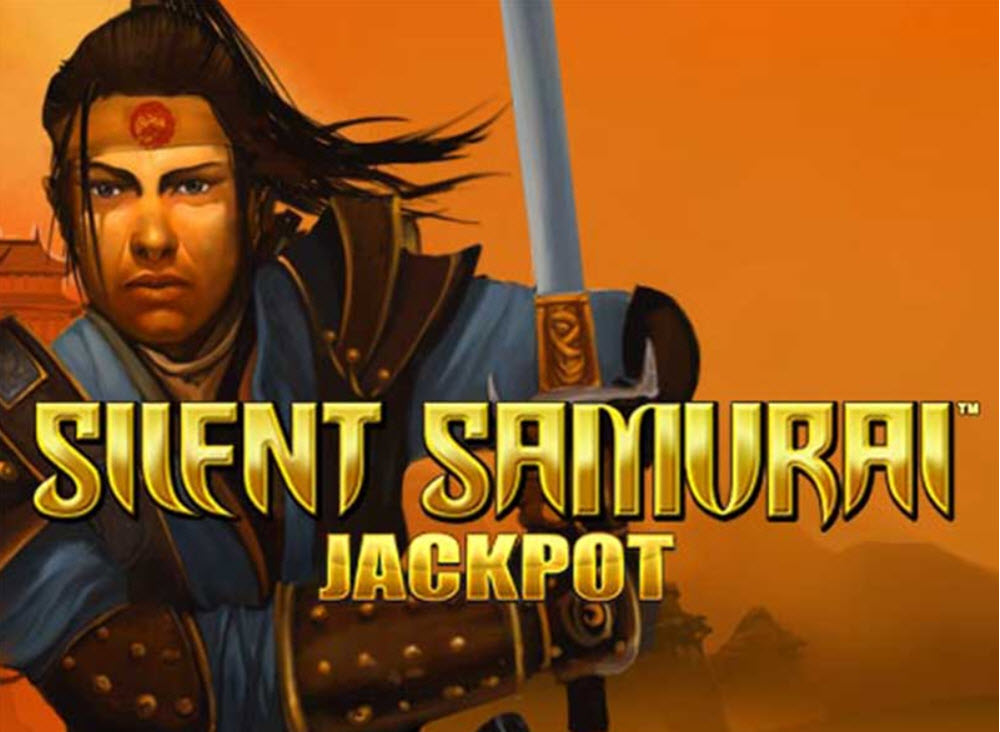 This is a 5-reel slot with 9 paylines.

The Geisha is a scatter

The Geisha with flowers in her hair is a scatter symbol. If you get at least three scatters, anywhere on the reels, you will be awarded a coin win.

The Dragon is wild

The Golden Dragon is a wild symbol. It is also a symbol that can pay out huge wins on its own if you get enough dragons lining up on a payline. Five dragons on a paylines are required to win the jackpot.

As a wild symbol, the dragon can substitute for any regular symbol to help you create a winning combo, but it can not substitute for the Geisha (scatter symbol) or the Samurai (bonus symbol). 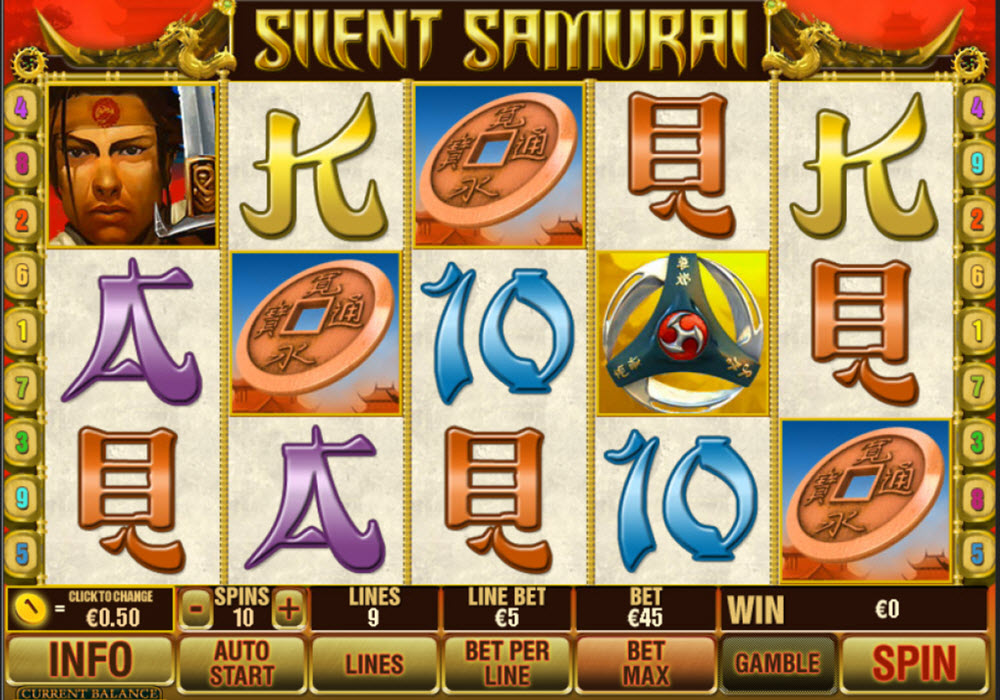 The Samurai is a bonus symbol

The Samurai is a bonus symbol. Whenever it appears on the first AND fifth screen simultaneously, the bonus game will activate and a large group of attacking ninjas will show up. Fight them off by throwing shurikens and you will be rewarded with free spins.

There is a special ninja that you really want to hit, because if you do, three more ninjas will be automatically eliminated, giving you more free spins or win multipliers.

Some ninjas are too fast; they will dodge your weapon and end the bonus game, sending your on to enjoy the free spins and win multipliers you have collected so far.